A product that has been taking the beauty world by storm lately has to be the L’OrealLash Paradise Mascara ($13.99, available here). Designed to be looking as similar to the Too FacedBetter than Sex Mascara as possible, it’s being called the best dupe to one of the most popular and highly-raved about high-end mascara formula in the market.

I hadn’t thought about picking up the L’OrealLash Paradise Mascara at all – I really haven’t had the best luck with drugstore makeup lately, but a sale and coupon that made this 50% cheaper than its original retail price convinced the beauty blogger in me to give it a go. 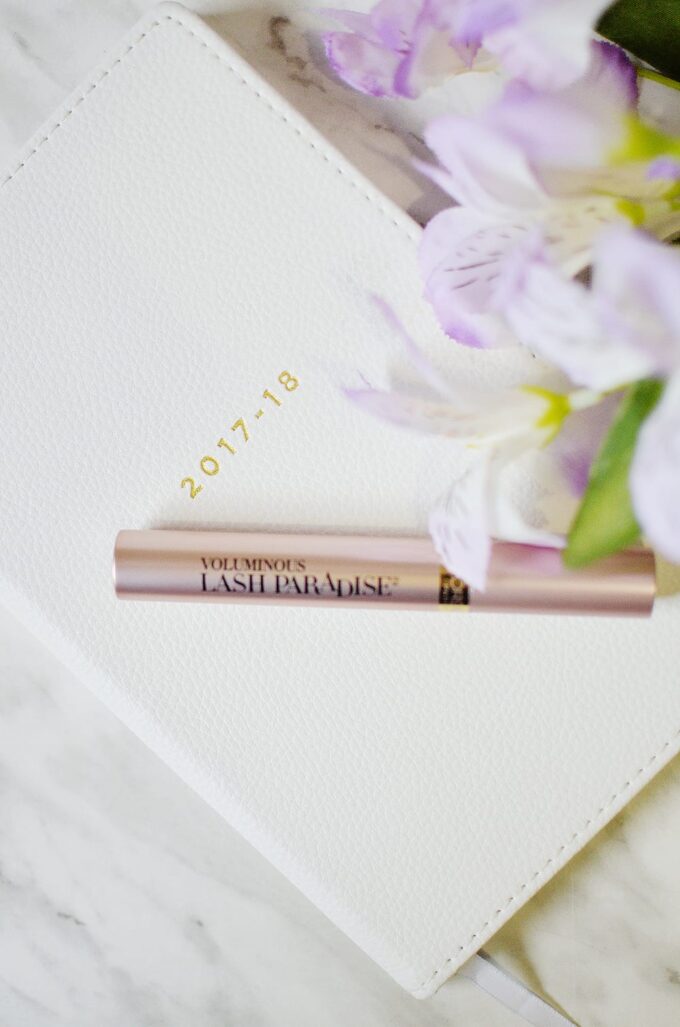 The L’OrealLash Paradise Mascara comes in a pink tube similar to the Too Faced offering but without the bulk of the high-quality material Too Faced uses. The lettering is printed on not some high-quality ink so there’s already a bit of rubbing when I first used the product. If first impressions matter (and my mom says they do), so far, the L’OrealLash Paradise Mascara is not doing a fantastic job.

The mascara has a fairly standard wand applicator – it’s not designed to be conical or circular or anything overly fancy like some high-end brands do. The applicator is definitely not the star of the show, and I’m fine with that. A few drugstore mascara brands I’ve tried in the past had very plasticy, and almost spiky wand and it was something that initially made me hesitant to try out another mascara from the drugstore.

Fortunately, the L’OrealLash Paradise Mascara seems to have taken a much better turn than its exterior may indicate. The formula is quite dry so it makes for easier and better controlled application of the product on your lashes. If you’ve found most mascaras to be too “heavy” or drags down your curls throughout the day, this is a formula worth considering. The drier formula makes it to get a “barely-there” application or layered for a fuller, and more voluminous look. it does a great job at lengthening my lashes, without making it look veiny or spider-like. 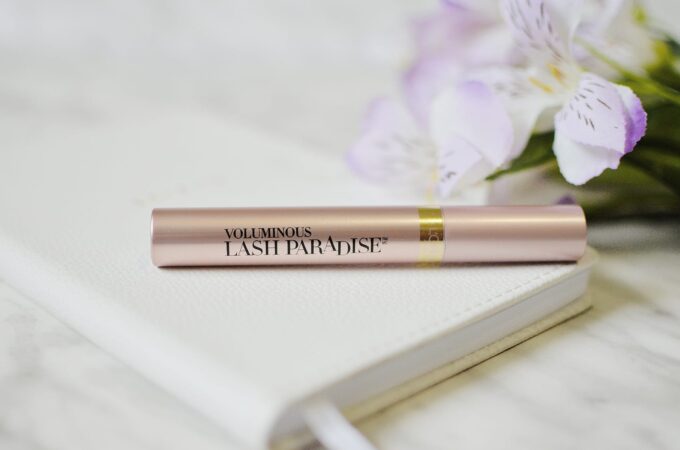 L’Oreal Lash Paradise Formula vs. Too FacedBetter than Sex Mascara 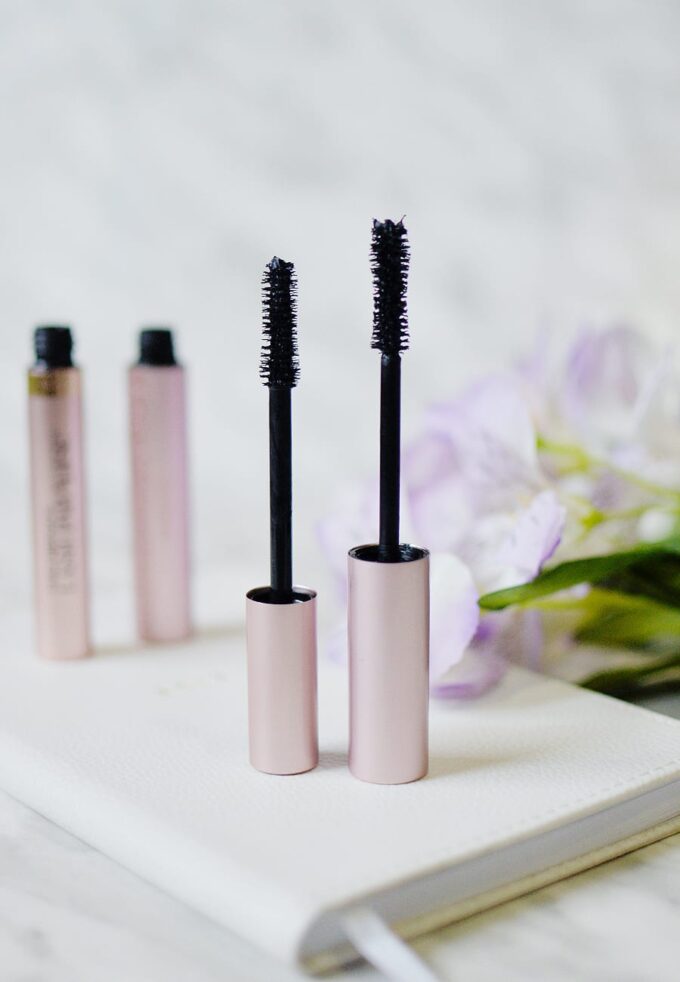 How the Lash Paradise Compares to the Better than Sex Mascara

The Too FacedBetter than Sex Mascara has a wand that mimics the number 8 to better apply the product on the lashes. In a way, both the wand applicator and the formula itself are what makes the Too Faced version a high-end product. I have been struggling with the Too Faced’s wetter formula smudging throughout the day. The L’Oreal version was a nice change – the lighter formula doesn’t get clumpy or chunky on the lashes. 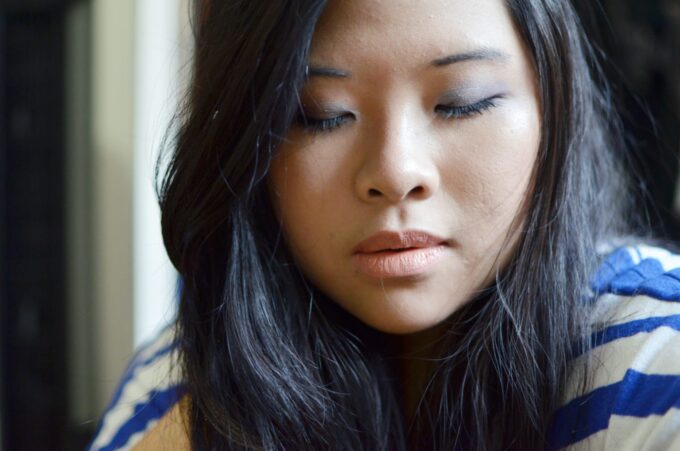 Have you tried the new L’Oreal Lash Paradise mascara

oh wow, it really does look like better than sex!! I didn’t enjoy that one though, since the brush was way too big for my stumpy lil lashes. I’ve been using the same mascara for years, the maybelline rocket in waterproof – it doesn’t wow me, but it does what I want in a mascara (holding up a curl with my little lashes). it’s just one of those staples ya know?

You look so beautiful with the mascara! I’ve never hear of this brand, but I’m going to give this a try! I have lots of lashes but it just points straight down. So I would love to have a mascara that actually lifts my lashes up!

Thank you ???? I know the struggle – straight and short lashes are my constant struggle! Wished I could get it to be all nice and curly all the time!

Oh man I swear I’m the only person who doesn’t like this mascara! I found it super clumpy (and I like clumpy mascara!), it glued all my lashes together and it flaked and transferred to my brow bone… even the waterproof formula!

Oh no! I’m surprised at how much I liked it – the BTS mascara is the super clumpy one this time around!

Wow this mascara looks so amazing on you, and I’ve heard so many good things! I’m always on the lookout for a new drugstore mascara to try, and this is definitely my next! xoxo – Lauren Will from LaurensLipGlossary.com

Thank you – I like the drier formula too! Love the price point ????

When I first saw this mascara at the drugstore, I was like, “hold up, this is a dupe for Better Than Sex, isn’t it”, and I’m surprised by all the attention it’s been getting, tbh! I haven’t looked too much into it, but I do like the idea of a drier formula since that’s what I like anyways! (Hate waiting for my current mascaras to dry out a bit, and I love that drier formulas allow you to really build up the product) I like the way it looks on you, but I can definitely see how it’s like any other average (slightly dry) mascara I have in my stash, hah

Haha, I got sucked into buying this because the SDM sales associate was willing to give me $3 off each mascara while it was on sale… so I literally paid $6 for it and couldn’t complain! So far so good though – similar to the BTS without the price tag (and like you, a much-preferred drier formula!)