Home » Travel » Postcard From | Acropolis, the Parthenon and Athens.

On my way home from Santorini, I left about half a day in Athens as I’ve been told by many that there isn’t much to do in the city. Better to spend as much time on the islands! The lure of visiting one of the most revered, and enduring examples of Greek architecture, and Ancient Greece was the main reason why I didn’t skip it altogether.

Arriving at the Athens airport at around 2AM, I had roughly 6 hours after the Parthenon and Museum opens until I had to be back in the airport. It’s easy to take the Metro or the Bus to the main square – if taking the metro, take the Acropoli stop. If taking the bus, take X95 Express Bus to Syntagma Square, though you will have to walk a little. Price for the metro is €12 and bus is €10 each way.

There are two ticket classes to enter the Acropolis area, a €20 ticket which grants you access to the Acropolis and immediate surrounding area, or a €30 ticket which grants everything the other ticket covers and a few more sites. If you have more than one day and are interested in the Greek antiquities period, I think the €30 ticket could be worth it. I had a friend who was able to cover all 5 sites on that ticket in two days. Note that this ticket price excludes the entry fee to the Acropolis Museum, which is another €5. You can find the full details of what the Acropolis tickets cover on the official Ministry of Culture and Sports Website here.

As mentioned earlier, I spent about 6-7 hours in Athens, and 3 hours was more than enough time to hike up to the Parthenon, walk around several times, take good pictures and visit the Acropolis Museum afterwards.

There are a couple of options for those looking to continue their journey onwards from Athens to Santorini (a popular itinerary). For one, you could fly on one of the budget airlines like RyanAir, EasyJet, Pegasus Air – I took a RyanAir flight for around €70. If you have time to spare, here is a really great, easy-to-follow ferry guide from Athens to Santorini. 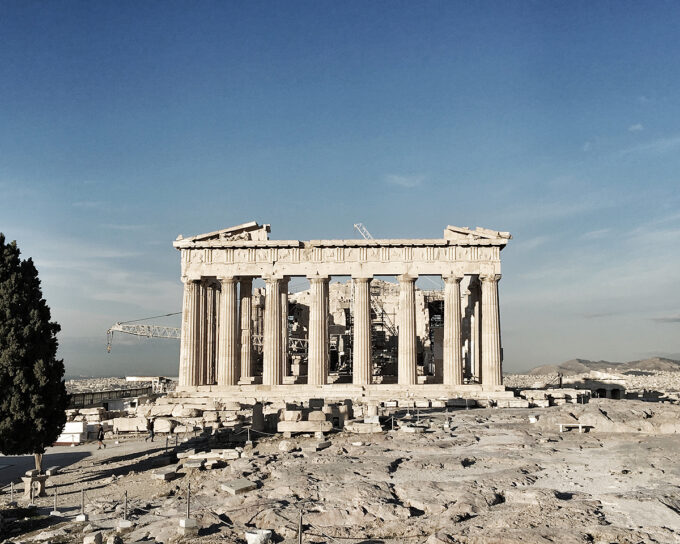 A visit up to the Parthenon is a must-do when you come to Athens. This is the famed structure that sits atop of the Acropolis. It is considered the most important building from the Classical Greek period and the intricate detail work and precision of construction has made it an enduring icon of Ancient Greece and the “best in class” example to emulate.

Like many temple / ruins that have endured the test of time, this particular building has been a pagan temple, a church, a mosque and a government building at some point during its history. The Parthenon is also famous for missing some important pieces (known as the Elgin Marbles or the Parthenon Marbles), famously taken / stolen by Lord Elgin in the 1800s and are now kept in the British Museum.

Unfortunately, centuries of exposure to wars, wear / tear, and nature has not been kind to this structure. The Greek government has been investing in selective restoration project to ensure the stability and longetivity of the structure. It’s impossible to take pictures of this structure without a crane or some sort of modern metal equipment in the picture. If you came here for the perfect picture, you’ll be disappointed, but I was so in awe of how it has been privy to centuries of incredible history that I didn’t care too much.

There are a few patrols around the site which I think is incredibly important. Their job is to keep tourists away from some of the more fragile and cordoned off area which I think should be in place given the fragility of the structure.

You will have an incredible view of the city of Athens from this point. You will see some sort of housing or modern building as far as the eye can see and it’s incredible how packed this city has become. 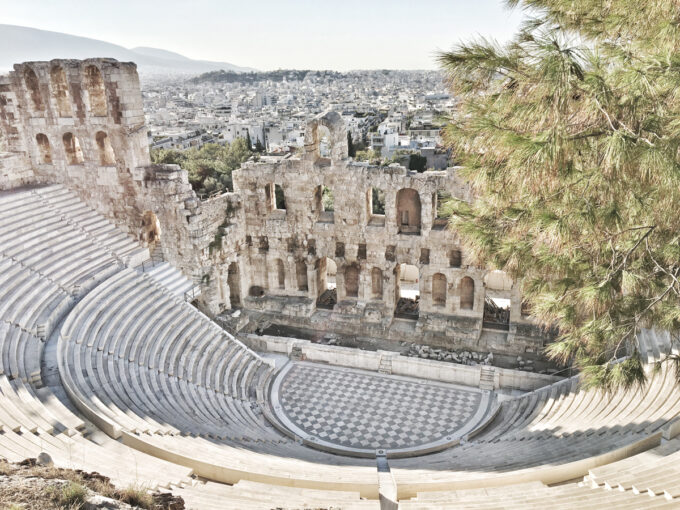 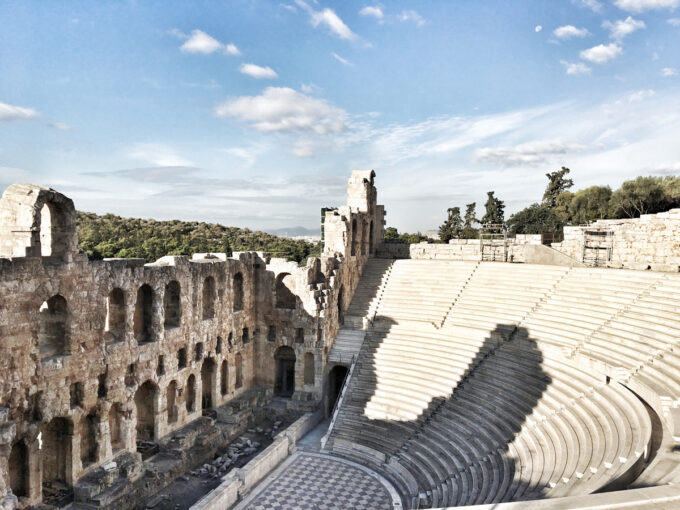 The Erechtheum, & The Propylaea

In order to arrive at the Parthenon, you need to do a bit of hiking and pass by both the Erechtheum, & the Propylaea. The latter (Propylaea) is a gate, whilst the Erechtheum is a temple dedicated to both Athena and Poseidon. Both sites are worthwhile walking around to as well as they are in a better condition and there are no restoration work happening at this time. 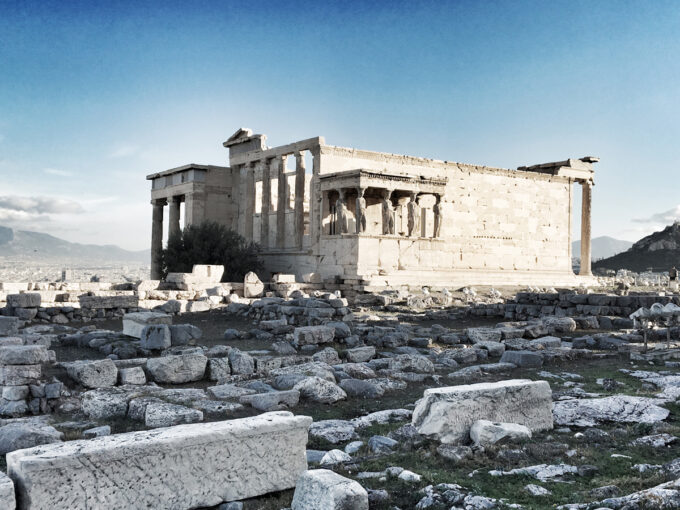 Since I had a bit more time to kill, I decided to pop by the Acropolis Museum which allows entry for €5. You are not allowed to carry large bags inside but there is a bag check area you can drop your stuff off for free.

The museums is smaller than I expected – certainly not like the British Museum and it’s very easy to cover all the floors in an hour. I particularly liked the higher floors (I believe it was level 3 or 4) where most of the Parthenon pieces are kept. There is also a rolling movie about the Parthenon you can enjoy. I found that I probably should have visited the museum and watched this movie before hiking up to the Parthenon. I would have had a much better appreciation of the site!

I highly recommend that you come exactly at opening hours (8am) as the crowd can be massive at the Acropolis. I came at 7:55am and got my ticket in seconds – there was no line up at this point. I spent around 1-1.5 hours walking around before descending. By 9-9:30am, the tourist buses have already arrived, and as you can see in the picture below, really crowds the area quickly. This isn’t even the full picture as there were busses still arriving at this point.

There is also a Visitor Centre almost immediately to the ticket booth to buy your Acropolis ticket. Here, you can get a map of the city, go to the washroom or ask any questions pertaining to your visit. I find the washroom to be incredibly helpful because the norm in Europe is to pay some money to go. Having a really clean, and free washroom available at a major site like this makes it one thing to not worry about.

Have you been to the Acropolis?

P.S. Don’t forget! If you’re looking for inexpensive flights, don’t forget to use Skyscanner or download the App on your smartphones so you can always find the best deals for your next trips!

Such helpful tips as always! I’ve heard the same thing about Athens, and how the islands are where you should be spending most of your time at. But I’m a huge fan of Ancient Greece (history, mythology, and architecture) so I’d definitely want to visit these sights ???? Waking up early to get there at opening time will be a struggle though, haha