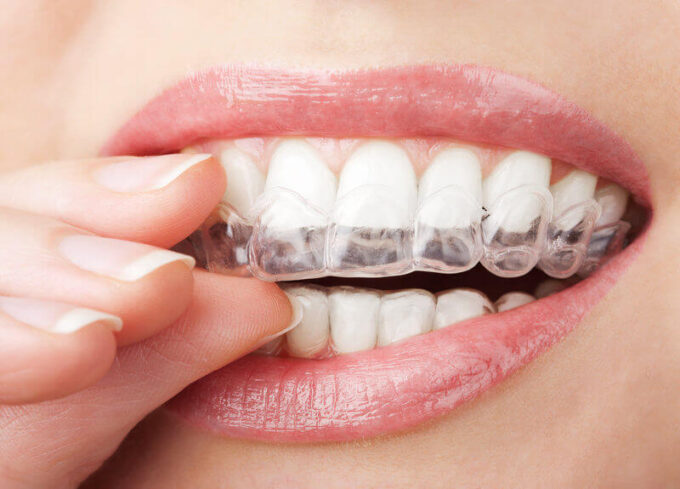 I wrote about my Invisalign journey a few weeks back and my experience thus far and I wanted to use the opportunity to answer any questions you might have and share a few tips I learned along the way. I had been so worried when I first started my Invisalign treatment that I might not be able to keep up with the routine or goof up in any way. Here’s a quick list of Invisalign FAQ – questions that I personally had when starting my treatment that I wanted to ask my Orthodontist!

As a quick recap – I’m about 4.5 months into my 18-months Invisalign treatment. I have 23 trays worn for 2 weeks each which gets me to around the 11-month mark for the actual tray-wearing component.

How much does it cost? 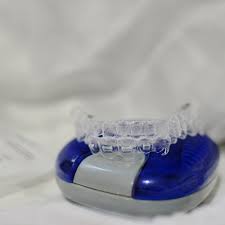 The thing that everyone wants to know is the cost. It’s hard to find that out or even get a range unless you go in for a consultation and get it from your orthodontist (a consultation doesn’t commit you to the treatment).

In Canada, I believe the cheapest I’ve seen (this is based on what’s stated on the website) is in the $3500 range, and can go as high as $7000. The lower price doesn’t imply reduced quality, it simply means you probably need fewer trays, or perhaps need only 1 set of trays (i.e. to treat only the upper or lower teeth) and thus, a shorter treatment time.

I had thought, that thanks to my travels, to potentially do the treatment overseas. Places like Mexico and Bangkok are famous for their medical tourism. I checked the prices at a famous / popular clinic that a famous blogger had went to and found the price much more comparable. Given the unpredictability of my travel and the potential hassle, I figured it made most sense to stay local.

Do you have to wear the trays for 22 hours a day?

I followed this rule about 95% of the time; sometimes you’re travelling or life just gets in the way and you might not have it on for as long as you need to. So you just make it up the next day. Usually when I’m home, I have no troubles keeping them on for 22-23 hours as I don’t take that long to eat.

If you have the trays off for a little too long, you’ll notice that your teeth might have shifted back and that your trays will fit quite tight again. Just pop them in and they’ll shift your teeth back and keep them there.

How do you keep the Invisalign trays clean?

Avoid eating or drinking with them on is the first rule. I drank coffee with them on once (I was in Turkey and was offered coffee. It would have been rude to not drink it) and it stained the plastic a slight yellow. The good news was that I had to change my trays the next day anyways.

It’s really important to keep the trays as clean as possible otherwise it just defeats the purpose of having a clear Invisalign. I brush the insides of my tray with toothpaste before I put them back on to keep them feeling fresh.

Sometimes I soak them in a glass of mouthwash – doing these things keep the trays feeling fresh in my mouth for the whole day if I don’t have time to brush them. The brushing keeps the trays clear and won’t turn them cloudy. Just be careful that you’re not brushing too hard or using toothpaste with little grains on them as they might scratch the tray or make the imperfections look obvious.

Can you snack / drink something other than water with them on?

I personally have never snacked with them on. I drank coffee with them on once but brushed my teeth and trays within 30 minutes. I suppose you can get away with it as long as you plan on brushing your teeth pretty soon afterwards so that nothing gets stuck between the teeth and the tray. At the very least, if you are stuck having to snack or drink with them on, it’s a good idea to rinse your mouth with water or mouthwash.

Can you see the Invsalign trays on?

Generally speaking, most people don’t notice unless I tell them. The trouble with mine is that I have to have attachments (these are little tooth-coloured resin that gets bonded on your teeth for the duration of your entire treatment to help the trays adhere better) are more obvious than the trays. When I take off my trays, you can really see the resin attachments clearly, which is one of the reasons I like to have my Invisalign trays more often than not.

For me, usually the first 1-2 days of putting in a new tray hurts the most. Of the 9 trays I’ve done so far, I probably only had to take Advil once. By day 2-3, generally my teeth have shifted sufficiently. By the end of the first week, the second week is usually trouble-free for me – it feels my trays are more like mouthguard at this point.

Pro Tip: Put the new tray on before you go to bed so you won’t have to worry about them during the day.

If you find the trays to be too abrasive to your gums or too sharp, you can use a nail file to file it down. I haven’t had to do this but I’ve heard it could work.

How frequently do I have to check in/see the orthodontist?

I have do mine every 6 weeks – I get 3 trays at a time. You can always adjust this schedule if you’re travelling. Best to chat with your dentist/orthodontist to be sure.

How easy is it to take on and off?

I use this little tool that my orthodontist provided; you can buy them in bulk on Amazon and it’s called an Outie tool. It is so so helpful, especially if you’re a beginner to the whole invisalign thing. You can use your (clean) hands to remove your tray, but I usually find it’s only after the first week that the tray is not as tight that I can remove it with my fingers easily.

Is there anything I’m not allowed to eat?

As long as you remove your tray before you eat and clean them afterwards, you can eat anything!

What happens if I accidentally damaged / lose my Invisalign trays?

If you do break or lose them by accident, best to pop in your previous tray while a new one is remade for you. The plastic trays are surprisingly durable – I wear them when I go to the gym (where I’m usually gritting/grinding my teeth and they’ve held up fine). I’ve only ever almost tore my first tray – it was on one of the weak spots and I accidentally pulled it too far down.

They are these little tooth-coloured resin that gets applied on your tooth before your first tray. They stay there for the duration of the treatment. These bondings help the tray adhere snugly against your teeth and thus help with the teeth movement. Although they are glued quiet well on the teeth, they could accidentally get removed if you’re eating something crunchy (apples, crackers, biscotti-type cookies). You should go see your orthodontist right away if that happens.

How do I take care of the trays?

Clean them regularly! You could rinse them in lukewarm water (not hot, as it might warp the plastic) daily but I prefer to brush the trays or rinse them in some mouthwash to keep them feeling minty fresh!

Your routine seems too rigid/disciplined/too hard to adhere to!

Totally agree but to each their own. I’ve sometimes skipped the mouthwash or the second brushing and there’s no major problems. I got used to my routine so it’s harder for me to change it now than not.

What are the must have products for Invisalign?

1. An outie tool – SO helpful if you don’t want to have to stick your dirty hands in your mouth whilst travelling.

2. Mouthwash – for when you don’t want to brush your trays or are in a pinch with no access to clean water.

4. Floss I prefer the ones attached to the little plastic tool as they are much easier to control when I’m travelling.

I’ve travelled with my Invisalign and attended numerous functions (weddings, Christmas parties/dinners) and haven’t had much issues. I’ll do another post on travelling with Invisalign if you find that helpful!

Do you wear Invisalign? Let me know your thoughts!