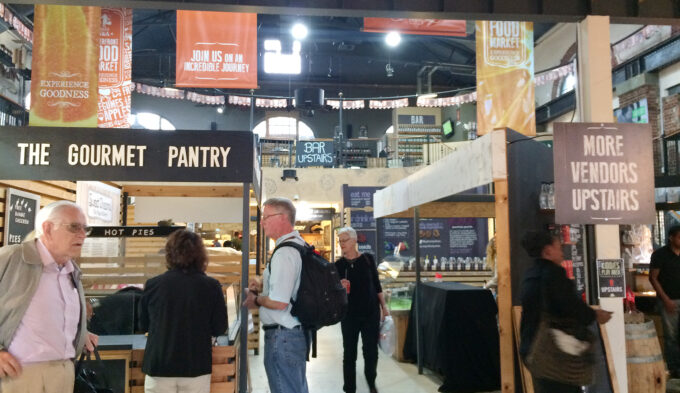 Cape Town is probably the most scenic place I’ve ever been to – being there for just three days and the resulting thousands of photos afterwards still made me as giddy when I went through the archives when I got home. I’ve never been or lived in a coastal city before, much less a very developed city like Cape Town with such dramatic backgrounds and a contrasting scenery that was just too beautiful for words.

I wanted to show you a little bit of the city – mostly around the V&A Waterfront as that was my main hangout in the evenings after my adventure-packed days! These include snaps of my food (a little bit touristy but what the heck…) and any pictures I took while I’m in the car going from one point to another. There are things that just made me giggle, there are a few that made me feel lucky to live in North America, but most of all, there are plenty that made me jealous of the people who get to experience this beautiful life day in day out.

The V&A Waterfront is a beautiful harbour and retail area, popular due to the sweeping views of the Atlantic Ocean, and Table Mountain. You might initially guess that the V&A was named after Queen Victoria and her husband, Prince Albert, but that’s actually incorrect – at least the second part is. Construction of the harbour was actually done by Queen Victoria’s son, Prince Alfred, and he named the waterfront after himself and his mother, the Victoria and Alfred Waterfront.

Cape Town is a well-known producer of wine and there are two very well-known areas: Stellenbosch, and Franschhoek, all of which required a full day trip. As a result, I made a trip down to Groot Constantia (website here), 20km south of the city. It is also known as the Beverly Hills of the Cape. Aside from the very inexpensive wine tasting experience (R40 or $4 for 4 different wine) you can also purchase the estate’s exclusive wines, which cannot be purchased elsewhere.

The last bit of these photographs were taken at various point throughout the city. These were only a few of the many amazing sights I was treated to while I was in the Mother City. Despite the occasional clouds, the weather and temperature were perfect for capturing the beautiful sights of Cape Town, and hospitality!

Wow Cape Town looks beautiful, there’s a place that I haven’t seen too much of but now that I have I’d love to visit. Goes to show, there are just so many places to visit in the world aside from all the ‘typical’ places. I’m also trying to work out what that little animal is because it’s so cute.

Ah, I would love to visit South Africa one day! The air fare is so steep, but it’s seemingly worth it! Beautiful photos, as always ????

It looks beautiful! So are all the pictures, glad you had fun!

It’s crazy seeing my home town on someone’s blog. Gives me goosebumps. I think we all take for granted the places we live in because it is always around us, always there, but seeing it in pictures totally reminds me how beautiful it is, how lucky I am and how I really need to get out and explore more.